The team of my youth, the New York Rangers, is 8-0-2 in its last ten games! They currently sit in 6th place in the Eastern Conference right now, but they are only 4 points out of first place! Crazy, G! Only about 12 games to go in the regular season, get pumped!

In political news, a lot of people think Hillary is roadkill, but I wouldn’t count her out yet. I’d say Obama has a 75% chance of winning, but that pesky 25% for Hillary could sneak up on him. Baring a miracle for Hillary (i.e. winning 99% of the delegates in the remaining state contests), Obama will have more delegates going into the convention. Many pundits, including Dick “I Hate Hillary” Morris, believe there is no way the superdelegates will hand the nomination to the candidate who lost the nationwide showdown. Such a move could alienate a substantial portion of liberal voters, resulting in political suicide. Hillary Clinton, Rush Limbaugh, and I would all be tickled pink with this outcome, but don’t expect to see those stars align again in the near future.

In W&M News, it has come to attention that Marcus Epstein has written an article recently about all the hullabaloo that’s been goin’ down. For those of you who don’t know Marcus, politically speaking he’s kind of like a young Asian Pat Buchanan. Strange combo. I never got to know Marcus very well at college, mostly due to ideological differences. In any case, check his article here:

Finally, to finish up this post with something classy, I leave you with a few Bill Buckley quotes and some fancy cartoons. 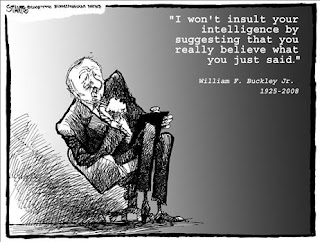 "From now on, enemies who are associated with terrorist activity will not cohabit the globe with the United States of America." Syndicated column, September 14, 2001

Playboy: Don’t most dogmas, theological as well as ideological, crumble sooner or later?
Buckley: Most, but not all.
Playboy: How can you be so sure?
Buckley: I know that my Redeemer liveth.
Posted by Dr. Laser at 3:55 PM No comments:

The founder of the modern conservative movement, the man who Ronald Reagan referred to as “the most influential journalist and intellectual of our era,” died today. William F. Buckley Jr. was 82 years old. The man who was regarded by many as “the greatest conservative in the world” founded the influential National Review magazine in 1955, hosted the famous debate show Firing Line for 33 years, and authored over 50 books. In the words of George Will, “before there was Ronald Reagan there was Barry Goldwater, before there was Goldwater there was National Review, and before there was National Review there was William F. Buckley.” Today, John McCain remembered Buckley by saying, “When conservatism was a lonely cause, he bravely raised the standard of liberty and led the charge to renew the principles and values that are the foundation of our great country.” Joe Lieberman, a friend of Buckley’s for over 40 years, honored his memory by speaking about him at length on the Senate floor. 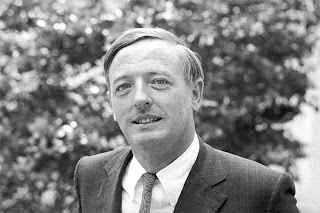 I first heard Buckley’s name as a freshman at William and Mary in the spring of 2001. I was sitting in the “Power and Informal Politics” freshman seminar taught by Professor James Bill, an expert on the Middle East. Bill was describing his appearance on Buckley’s Firing Line show where he debated the pros and cons of going to war with Iraq in 1991. He asked the class if any of us had ever heard of Buckley. I’m embarrassed to say that none of the fifteen students in the room, including myself, had. I soon found out who he was. That summer following my freshman year, I wrote a letter to Buckley. Not expecting a response, I was shocked when I received his reply in October 2001. A month after the terrorist attacks of September 11th, the father of conservatism makes time to read what I’ve written and writes back. Amazing.

Reagan once said of Buckley: “You didn't just part the Red Sea. You rolled it back, dried it up and left exposed, for all the world to see, the naked desert that is statism. And then, as if that were not enough, you gave the world something different, something, in its weariness, it desperately needed — the sound of laughter and the sight of the rich, green uplands of freedom.”

Holy Cow, Batman! I just heard about this killer-awesome new survey! Nothing gets me excited like surveys. It's a survey about religion in America. So fascinating. Check it at:

I'm reciting these figures from memory (no time to double check the article...you can use the link above and do that yourself), but some of the key facts are:

So interesting! I wish I had the master data set in SPSS. I could spend days drooling over stats!

The Plastic Surgery residents I'm working with are pretty cool dudes. There is one weird thing about them, though. They love the Planet Unicorn videos. I had never heard of them before this rotation. The other day, one of them was like, "Dude, you've never seen Planet Unicorn!? What are you smoking?!" I'm like, "What's that, yo?" So he tells me that I've got to watch one of the videos when I get home. Because you're not a cool Plastic Surgery homeboy if you don't. Well, I've watched some of the videos...and. Uh. Well, see for yourself.

This is like the Twilight Zone. It has just come to my attention that Michelle Obama's senior thesis at Princeton has many similarities to my own. It involved surveys! She opened the thesis with this:

"My experiences at Princeton have made me far more aware of my 'blackness' than ever before. I have found that at Princeton, no matter how liberal and open-minded some of my white professors and classmates try to be toward me, I sometimes feel like a visitor on campus; as if I really don't belong. Regardless of the circumstances underwhich I interact with whites at Princeton, it often seems as if, to them, I will always be black first and a student second."

Wow. This was written in 1985. Fast forward 19 years to my thesis. I could have had a virtually identical intro, like this:

Mrs. Obama complains that Princeton's "Afro-American studies" program "[was] one of the smallest and most understaffed departments in the university."

I have to round on 8 patients tomorrow. Grrrr. Later, rockstars.
Posted by Dr. Laser at 9:10 PM No comments:

The word of the day is: "Delphic."

Let's use it in a sentence:
"Judging from complaints by her minions, Hillary Clinton considers it unfair that Barack Obama has been wafted close to the pinnacle of politics by an updraft from the continent-wide swoon of millions of Democrats and much of the media brought on by his Delphic utterances such as 'we are the change.'"

Delphic
adjective
1. of or relating to Delphi or to the oracles of Apollo at Delphi; "Delphic oracle"
2. obscurely prophetic; "Delphic pronouncements"; "an oracular message"

In other news, I spoke with a Surgery Fellow last week. We had a bizarre conversation that went something like this:

Surgery Fellow: "Enjoy 4th year [of medical school] while you can. I've looked back at pictures of myself then and I look at myself now. I was much happier then. Residency changes you. It turns you into a different person."

That's all for this time, we'll try to do better the next time. Goodnight, Canada!
Posted by Dr. Laser at 7:36 PM No comments:

So today was the first day of my Plastic Surgery: Wound Repair rotation. I quickly discovered that the rotation wasn't what I was expecting when one of the patients I saw this morning was asked these two questions (I am not making this up):

OK, so I did get to see a good number of burn, wound, and cleft palet patients in clinic today. And most of the breast stuff was breast reconstruction following breast cancer chemo and mastectomy, so it was pretty legit. But still not what was advertised. I hope I get some sutering practice in, I am so rusty. :-P

Tomorrow I have to round on patients at 6:15 am, which means I'll have to get to the hospital at 5:45 to pre-round. Med students don't get parking and the bus doesnt' start running until 6am, so this means I'll have to start walking at about 5:20. Highly suboptimal!

Dr. Laser
I'm a fourth year medical student who loves politics, ESPN, and large explosions. My teams are the Redskins, the Orioles, and the New York Rangers. The 80s cartoon "Transformers" rocks my world. Other bodacious TV shows include 24, PTI, and MacGyver. 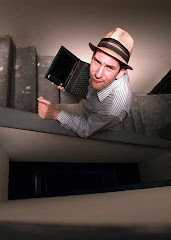 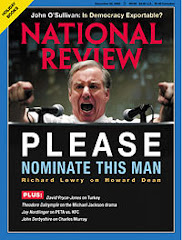 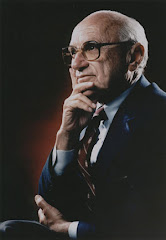 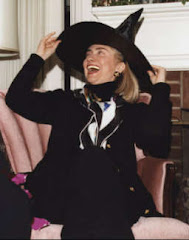 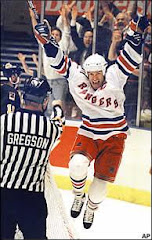 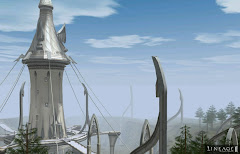